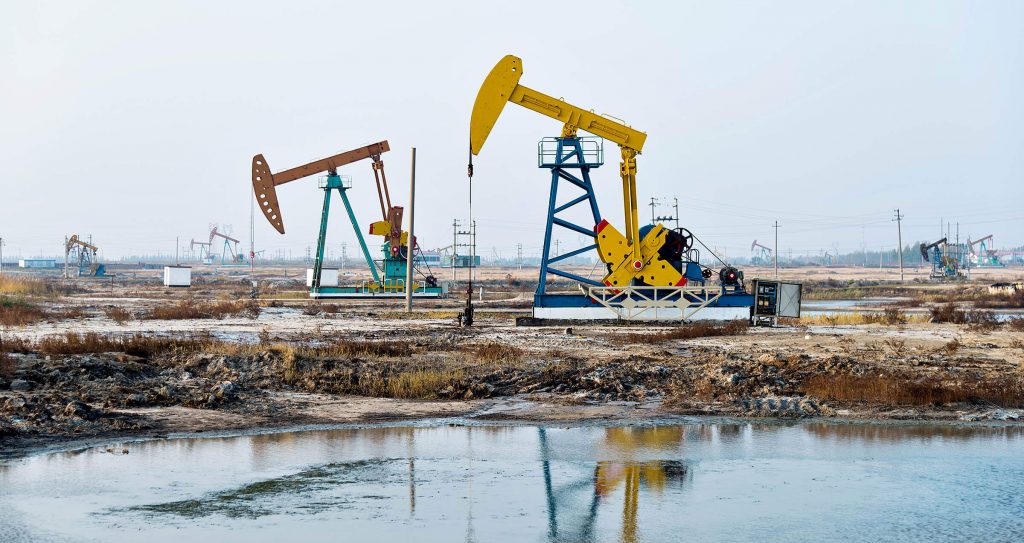 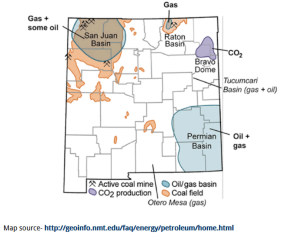 Map of Oil and Gas Operations in New Mexico

Amigos Bravos monitors oil and gas operations around the state to identify unacceptable impacts on watersheds and the environment, such as our recent successful lawsuit to stop the Bureau of Land Management from offering a number of leases in the Santa Fe National Forest.

Geologic formations may contain large quantities of oil or gas, but have a poor flow rate due to low permeability, or from damage or clogging of the formation during drilling. This is particularly true for tight sands, shales and coal bed methane formations.

Hydraulic fracturing (aka fracking) stimulates wells drilled into geologic formations that may contain large quantities of oil or gas but have a poor flow rate due to low permeability or from clogging of the formation during drilling.

The fracking process occurs after a well has been drilled and steel pipe (casing) has been inserted in the well bore. The casing is perforated within the target zones that contain oil or gas, so that when the fracturing fluid is injected into the well it flows through the perforations into the target zones. Eventually, the target formation will not be able to absorb the fluid as quickly as it is being injected. At this point, the pressure created causes the formation to crack or fracture. Once the fractures have been created, injection ceases and the fracturing fluids begin to flow back to the surface.

Materials called proppants (e.g., usually sand or ceramic beads), which were injected as part of the frac fluid mixture, remain in the target formation to hold open the fractures. Typically, a mixture of water, proppants and chemicals is pumped into the rock or coal formation. There are, however, other ways to fracture wells.

Sometimes fractures are created by injecting gases such as propane or nitrogen, and sometimes acidizing occurs simultaneously with fracturing. Acidizing involves pumping acid (usually hydrochloric acid), into the formation to dissolve some of the rock material to clean out pores and enable gas and fluid to flows more readily into the well.

Some studies have shown that more than 90% of fracking fluids may remain underground. Used fracturing fluids that return to the surface are often referred to as flowback, and these wastes are typically stored in open pits or tanks at the well site prior to disposal.

This wastewater is a headache for the oil and gas industry because it is expensive for them to dispose of it. Consequently, there is a movement across the country to figure out ways to “safely” reuse this wastewater, known as “Produced Water.” READ MORE ABOUT OUR POSITION AND WORK ON PRODUCED WATER >