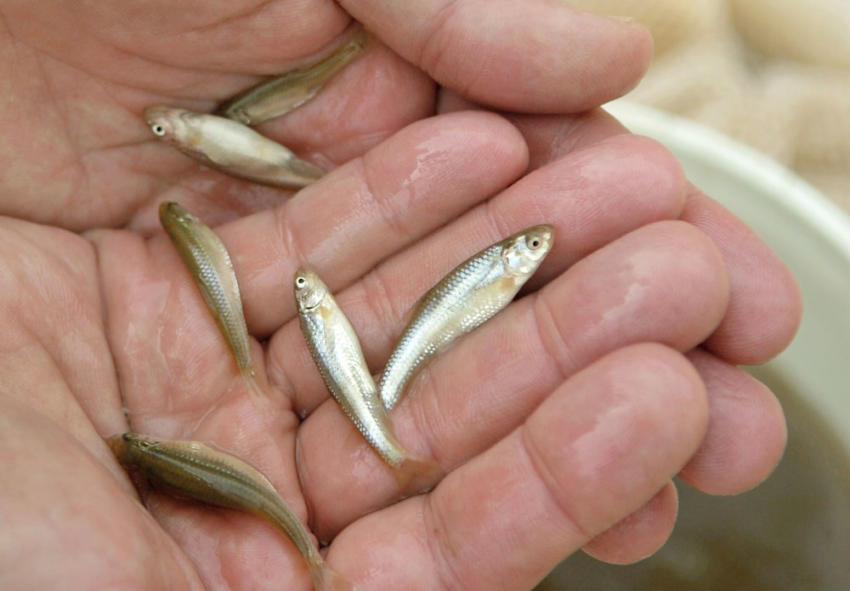 The Rio Grande Silvery Minnow is a tiny fish, listed as endangered in 1994. It was once abundant throughout the Rio Grande Basin from Colorado to Texas and into Mexico. It’s now found only in a fraction of its historic habitat as the river system has seen dam building and the straightening of its once meandering channels over the last 150 years. The minnow now occupies only seven percent of its historic range, and its population decreased 99.5 percent from 2017-2018.

The minnow population just five years ago marked one of the lowest levels since surveys began in the mid-1990s. At that point, the fish was showing few signs of reproduction in the wild and that year’s fast-moving drought left biologists trying to salvage as many of the minnows as they could from puddles in the drying river.

The most current news for the Rio Grande Silvery Minnow is unsettling. Despite a nearly-normal snow pack over the winter of 2019, that water never made it down into the river in the spring of 2020. Nearly 30 miles of the Rio Grande south of Albuquerque have already gone dry. Water managers had to release stored water from reservoirs to keep the Rio Grande flowing but stores are running out.

Reclamation and Middle Rio Grande Conservation District, in coordination with the U.S. Fish and Wildlife Service, are responsible for management activities to promote recovery of the Rio Grande silvery minnow as mandated by the Endangered Species Act. 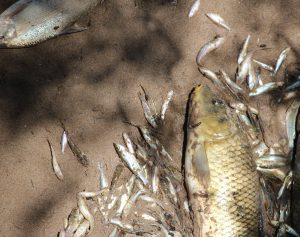 MRGCD can adjust river flows to mimic spring runoff and create spawning habitat for the endangered minnow. MRGCD controls diversions and slows drying in some areas so that Fish and Wildlife can rescue the sensitive fish from the drying river. But as temperatures rise due to climate change, and the region’s climate becomes more arid, it’s likely that we’ll see more and more dry years for the river.

Amigos Bravos was part of the U.S. Fish and Wildlife Service’s team that developed the Rio Grande Silvery Minnow Recovery Plan. Finalized on July 8, 1999, the Plan was revised in 2010. Federal water managers will be facing difficult decisions as the worsening drought is significantly affecting flows on one of the country’s longest river systems and prompting rescue missions for this tiny endangered fish.

Why Save the Rio Grande Silvery Minnow?