Help Us Protect the Pecos and Its Tributaries

Pecos Canyon, which contains the Tererro remediation site, is located approximately 120km north-east of the city of Albuquerque in northern New Mexico. It is an area that is still recovering from irresponsible mining operations in the 1990s that contaminated the river in the 1990s, causing the death of more than 90,000 trout and costing New Mexico taxpayers $28 million dollars in clean-up costs.

Even early stages of exploratory drilling could contaminate the Pecos River and other streams nearby, disprupting ecosystems and wiping out wildlife populations by leaking pollutants into the environment.

Many communities inside and outside the immediate region of impact rely on the Pecos River for clean, reliable water.

Amigos Bravos is part of a coalition of residents, business owners, guides & outfitters, sportsmen, local governments, farmers, ranchers, and conservationists that believes that this project has no place in the Pecos Canyon.  We are demanding that a rigorous environmental review process before work takes place. 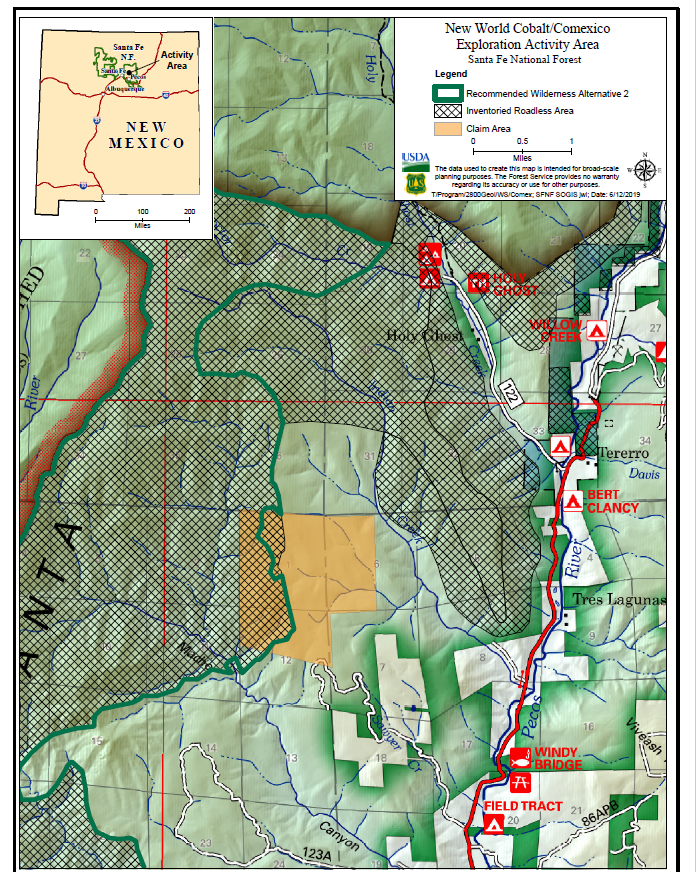 Tell the New Mexico Mining and Minerals Division to Stop the Terrero Mine!

Comexico LLC is making rapid progress in obtaining their permits to start drilling in the area. We need your voice NOW to prevent this from happening.

Please tell the New Mexico Mining and Minerals Division to stop the Tererro Mine. We should be protecting  our rivers and streams rather than putting these precious resources at risk for contamination to exploit resources in one of the most scenic places in New Mexico that is a key source of water for the people of Santa Fe and Las Vegas.

Please use the Take Action letter template on the Stop Tererro Mine website to submit your thoughts in your own words so that the New Mexico Mining and Minerals Division can hear from a diverse group of people and be reminded why this project is bad for people, bad for wildlife and bad for the recreation economy of Northern New Mexico.